DJ was been married before, between when we were engaged the first time and when we re-found each other. Heâ€™s the kind of guy who has always, always wanted to be married and (at the right time) have a family. It’s a good quality.Â  So I canâ€™t blame him for meeting a girl in college and settling down right after. Lots of people are on that schedule, and while he was dating and marrying I had a fairly serious boyfriend myself.

Our second shot at dating was very sincere, from the very beginning. We both wanted specific things and werenâ€™t willing to settle. We had to trust each other to get it right this time. Neither of us wanted to be a placeholder in a photo. 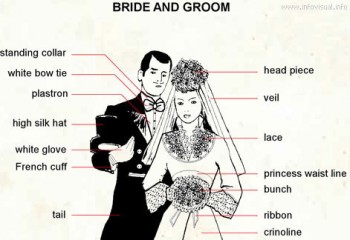 After DJ proposed, I started asking questions about his first wedding. I knew enough of his perspective on the marriage to believe that lessons were learned, but I was still afraid of making a major gaffe. I didnâ€™t want to repeat anything, or inadvertently create similarities. So I pestered him with questions. What kind of dress did she wear – white, ivory, ballgown, strapless? What was their first dance? What colors did the bridesmaids wear, and what kind of flowers did she carry? Did they register for china? Did they have readings or music during the ceremony?

It was really confusing to me that the answer was frequently â€œI donâ€™t know.â€ Really, he seemed to not know, but I couldnâ€™t wrap my head around that. How could you just not know? He said he hadnâ€™t been involved in the planning. That he hadnâ€™t given much input in the registry. But still, I just didnâ€™t get it. 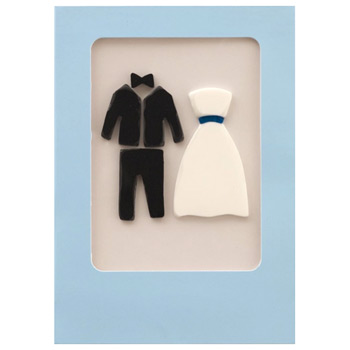 As months went by I asked less and was more confident that his friends and family would be too kind to remind us of our checkered pasts. Not to mention the fun I was having collecting silver and sewing chair covers (oh boy!) But I did ask one more time, and finally got the real answer. DJ said that he doesnâ€™t want to remember. He wants to remember our wedding not as his second, but as the one that made a marriage. So heâ€™s made an effort to forget whether his ex wore a veil, where they registered, the dinner menu, and what kind of toast his best man made.

Oh. That I can understand. So Iâ€™ve stopped asking â€“ and, for the most part, caring. Iâ€™m sure his ex was a beautiful bride and they probably had aÂ very niceÂ wedding. But even if we happened to like the same flowers, it wouldnâ€™t be the same at all.

Have any of you planned around a prior marriage? Any sage advice for the seconds?

A Lifetime of Perfect Days

Every little girl dreams of the perfect wedding day. And the perfect marriage proposal. Nick already made one of those dreams come true, and the other isnâ€™t far behind. 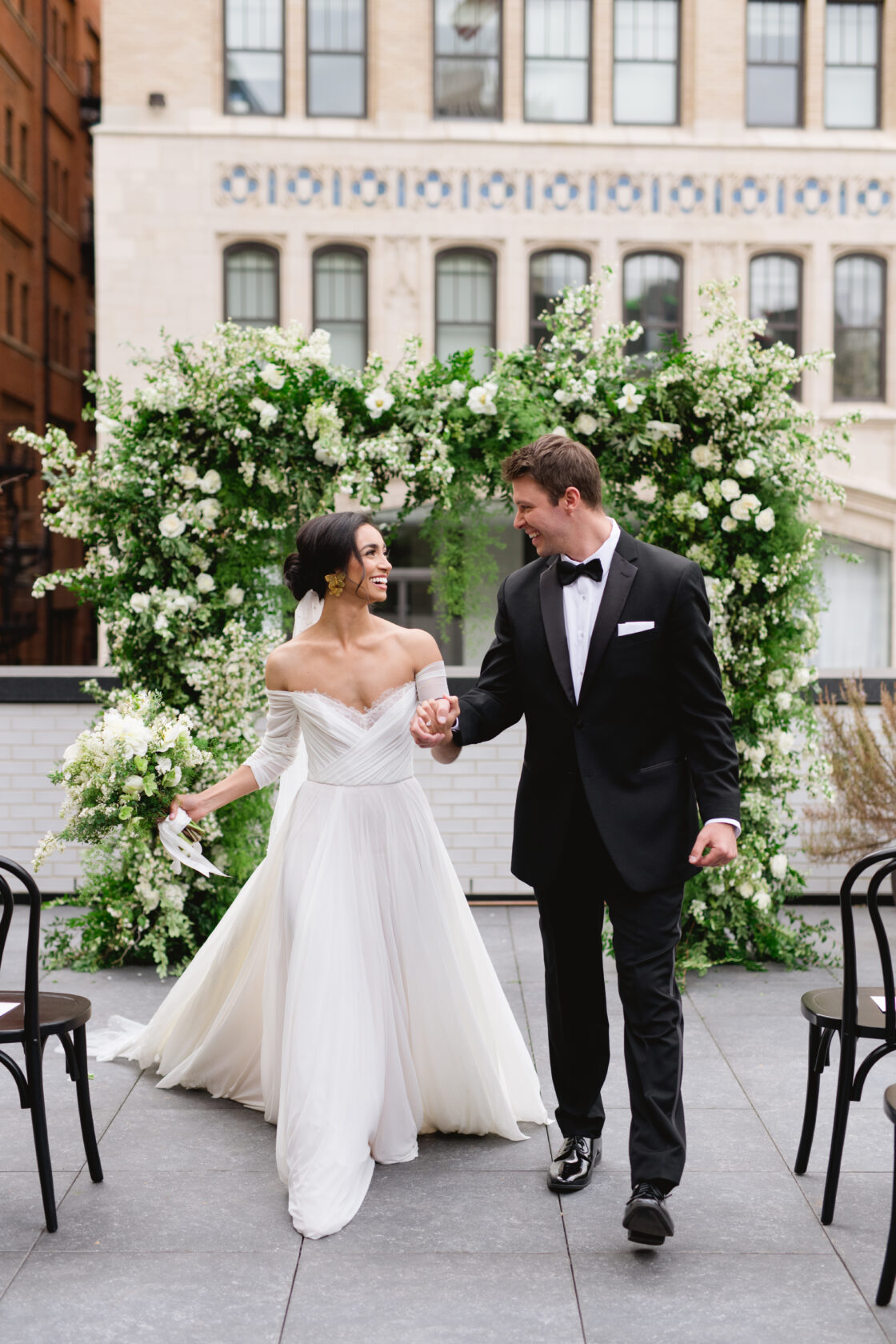 Weddings are naturally emotional events, even before factoring in complicated family dynamics. With so much on the line, an overbearing parent or feuding relatives can turn an already high-pressure day into a nightmare. 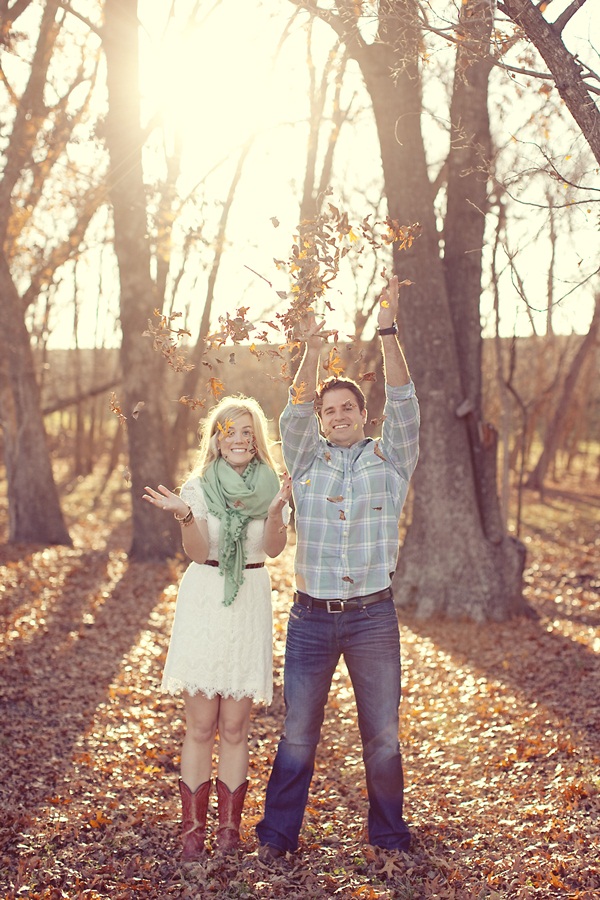 After just seven months of dating, John knew Kate was the one, so he popped the question in — according to the bride — a “fairy tale-perfect proposal!” The place they chose for their engagement photos was not only naturally beautiful, but full of memories because it’s John’s family farm. After growing up there, it was a very special place for the groom-to-be to share with his bride. Sarah Kate truly captured the love these two have for each other! 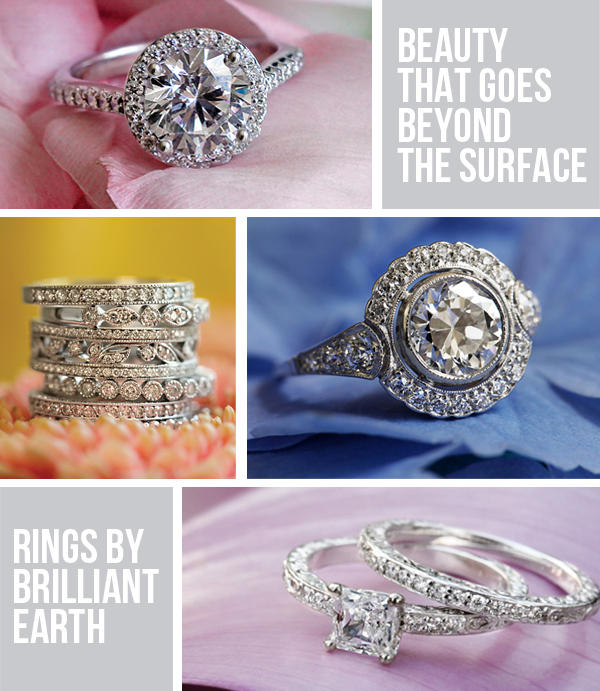 I have such a great way to start the week today, a gorgeous surprise proposal, designed by Sarah ofÂ Brilliant Event Planning.Â  Christian flew all the way from Mexico to New York to create the perfect proposal for his lovely girlfriend Jilma.

“Itâ€™s time,” I declared to my husband just days after our wedding. “We have waited long enough.Â Â Weâ€™ve been trying for years but for one reason or another it just never happened.Â Â Can we please start our family now?” I begged.

Greetings, EAD readers! My name is Kathleen, Iâ€™m from Atlanta, Georgia, and I got hitched about four months ago to my grad-school sweetheart. Iâ€™m so happy to be here guest-blogging about my wedding for yâ€™all this week! If youâ€™ve somehow found your way to my little corner of the internet already and have been following me there, donâ€™t fret â€“ I haven’t copy-pasted anything! This is all new material. For any Atlanta brides out there, I hope my posts will be a good companion to the new Atlanta local guide that recently debuted here; for all the rest of yâ€™all, I hope you enjoy reading about my wedding as much as I enjoyed planning and experiencing it!

Happiest day of my life…so far

The night before the big day, Mike insisted that we go hiking the next morning. His reasoning was that the weather is so nice now and it will get way too hot to go soon. I suggested going to Superstition because we had never been there together before, but he insisted on going to South Mountain and he insisted that I pick him up in the morning. It was quite strange how persistent he was, so I gave in. I called my dad on the way to pick up Mike and he ended the conversation saying “Let me know how your hike goes!” Seemed strange that he would want me to tell him about our boring hike. When I went to pick him up, he was wearing cargo shorts, you know, the ones with the big pockets on the sides. I thought that was interesting since he usually hikes in basketball shorts. I obviously had been reading into every detail for months though, so I tried to convince myself that I was just over thinking everything like I always did. I actually told his mom, “I have a feeling about today” and she just smiled at me and said “I can’t tell you anything!” Still, I wasn’t sure because she was always saying things like that.

An Update and My Inspiration Board

Whew! To say that I’ve been overwhelmed recently is a bit of an understatement. A quick update of the last month:

The Story of Grandma and the Mustard

This entry is subtitled: Why I’m Freaking Out About Our Food at the Reception

You Want to Hear About My Wedding… Really?

It occurred to me today at the doctor’s office…that when you are engaged…you can easily have a conversation with just about anyone…and at any time.Â  Of course the subject of discussion is… the WEDDING!!Â  Why is it that all of a sudden I feel like the lady at the bank that helped us set up our joint account wants to have us over for her next dinner party??Â  And does the pharmacy tech really care about what flowers I’m going to have on the cake table??

When Brad from Shaking Hands Productions (he’s a fabulousÂ Virginia-based videographer, go have a look!) emailed meÂ with his proposal story, I knew I had to share it with you.Â  While Brad’s girlfriend Lyndsey was modeling for one of his videos Brad surprised her by proposing and Adam Miller caught the moment on video.Â Â  I teared up watching!

Ode to the Blue Ring

Mr. had a hard time with the fact that I did NOT want a diamond. He thought I was only trying to be nice and “settling” for an aquamarine since a diamond was too expensive. Not at all. I completely trusted his judgment on what he wanted to spend. Even if I could have any ring in the world, regardless of price, I would *still* choose an aqua. Aside from the fact that I love the color, I love having something a little bit different, and it means a lot to me that my aunt has an aqua engagement ring as well. Finally I was able to convince him and I’m so happy with the final product!

Sometimes when I’m roaming wedding blog land, I am amazed at what bridal bloggers can do in their spare time. How do they keep up with their wedding and have a full-time job? How did they make their own wedding dress and stay sane? What do you mean they baked their own wedding cake?? I am so impressed by all the talent out there, so much so that I often feel like bowing in front of the computer hailing “I’m not worthy!”