So here’s a picture of what my morning is looking like so far: 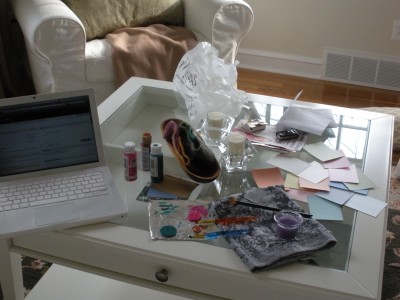 Along with finishing off the puppy collars that I knitted for FMIL’s dogs (you can kinda see the buttons I’m painting in the photo) and several other chores around the house, I’m also going through a bunch of cardstock color swatches for our invitations.

Going with of our lack-of-“wedding colors” idea, I had this idea of a multi-colored invite but now that I see all of the colors together I definitely feel like it’s going to be too much. So, now I’m trying to figure out how to use more than 2 colors without making it seem like an invitation to a circus!

Some things I KNOW I want to include with our invites:

I like the trifold pocket enclosure invite idea, so the invitation would be matted in the center with a pocket on the right side that has the different cards (directions, reception, rsvp, etc). Originally I had thought it’d be fun to have each one of the cards a different color but as I said, now that I see all of them together it’ll be WAY too much.

Here’s some inspiration and ideas that I like so far:

I like the simplicity of just the tree at the top on these. 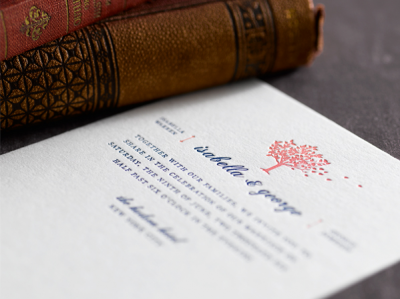 { invitation by Mika 78, image via Style Me Pretty }

Sigh, to have letterpressed invites. Perhaps we can use the tree from our save the dates? I think this idea might be a little TOO simple though.

Love the watercolors at the bottom here. 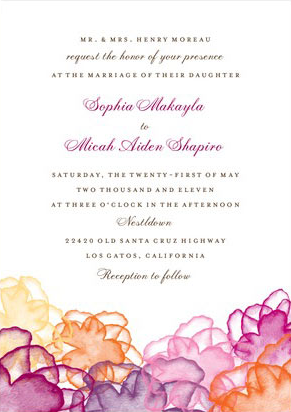 It uses a lot of color, but it’s not too rainbowy I think?

How cool is this font! 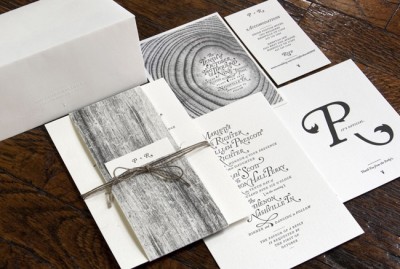 I like how these feature that iron scroll-type work. Reminds me of all the wrought iron gates with bougainvillea growing up them in Spain. 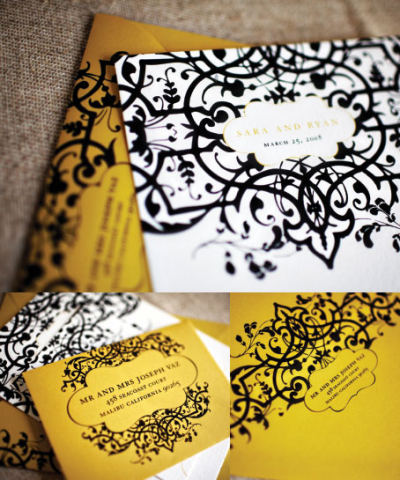 Love love LOVE these invites. Everything about them. The vintage stamps (I’m totally jumping on that bandwagon, think they’re so cool!), the font, the colors of the suite, the vintage maps, the dark envelopes and white ink. 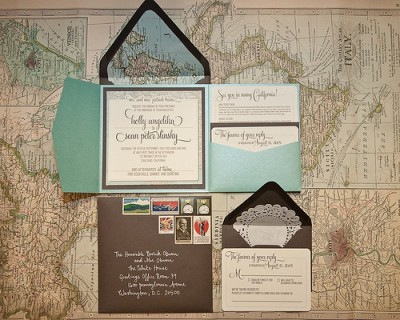 { image via Nothing But Bonfires }

Ok so in that last one, they stuck with two colors, but the envelope liners, stickers, and matting of the invite gave it a bit more color. Maybe that’s the best thing to do? Out of all of these ideas, which do you think would work the best with our Rustic Mediterranean feel? Would it be too much to use all of them? 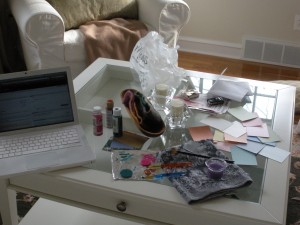 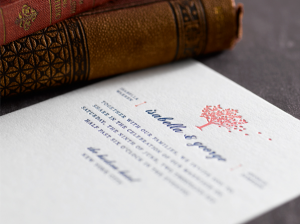 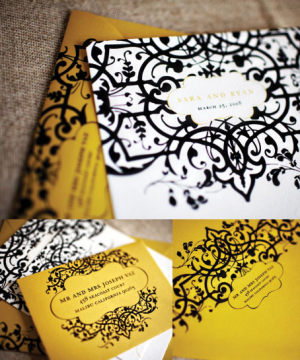 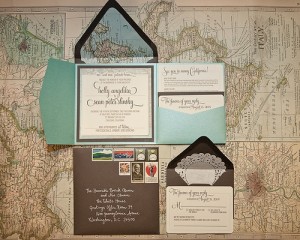 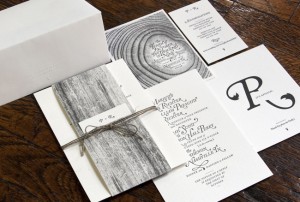 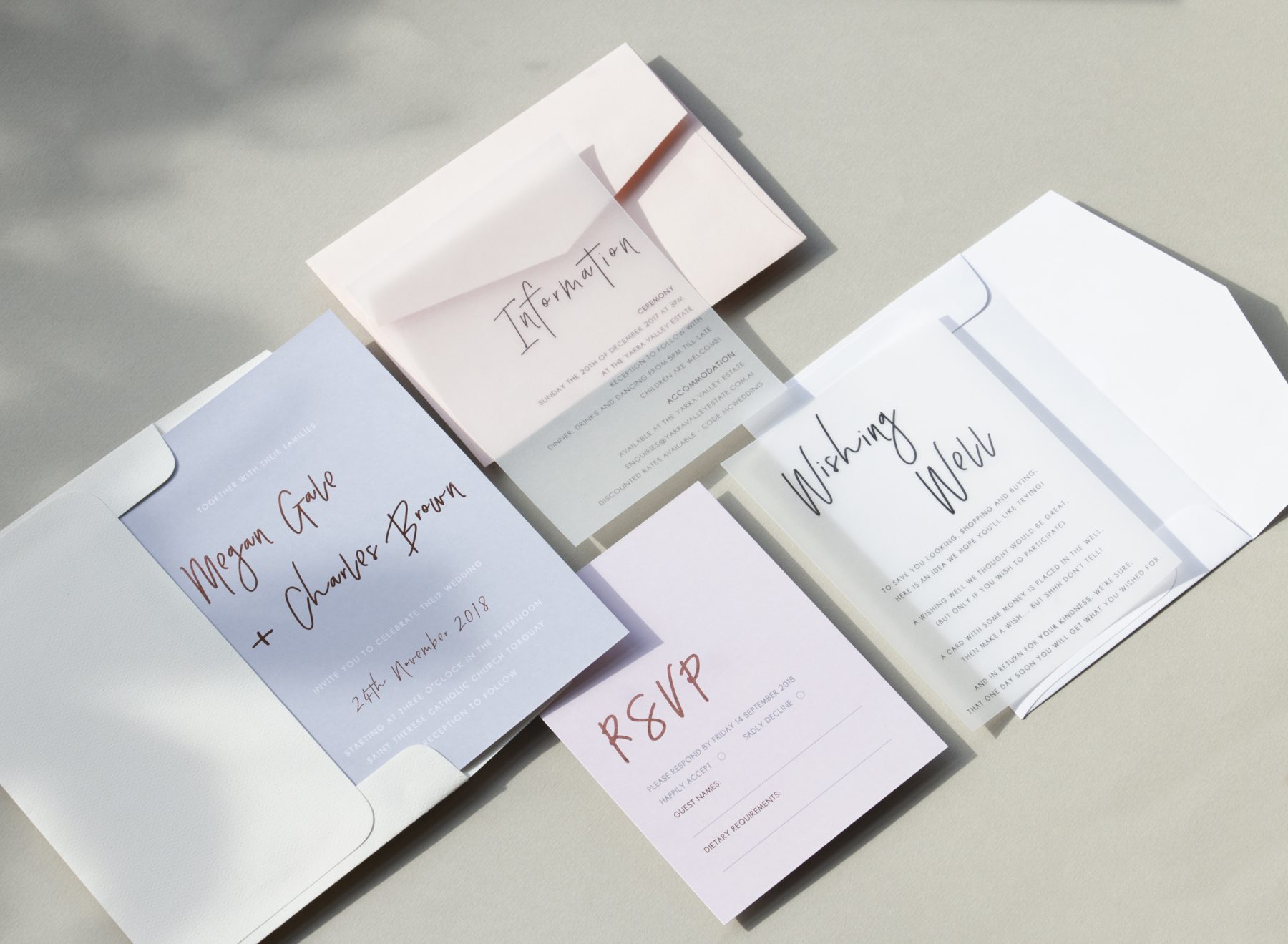 Your wedding invitations are your guest’s first impression of the day celebrating your love, and a cherished heirloom as you look back at your wedding, so you definitely want it to be special. Choosing the perfect invitations can seem like an overwhelming task, but with incredible choices like Paperlust, it’s easy to find the stationery you love! 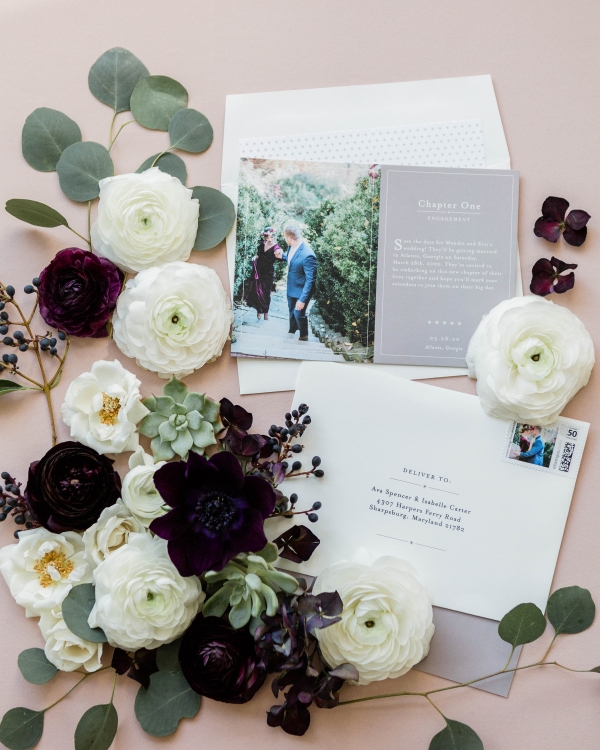 Customizable Save the Dates from Minted

They popped the question, you said YES, now what? It’s time to set the date and share the happy news with your friends and family! Photo save the dates are more popular than ever, and we’ve teamed up with Minted to show how you can let your personality shine through with your save the dates, and incorporate your engagement session too! 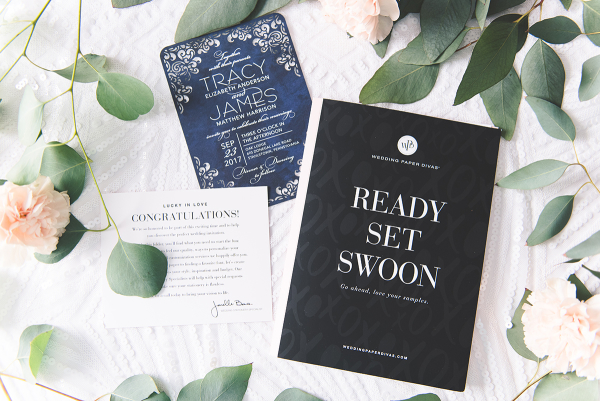 If you’re a paper-lover like me, swooning over paper goods is one of your top wedding priorities! I’m here to introduce you to a veritable wonderland of stationery: Wedding Paper Divas.

We’re so excited to introduce you to one of our favorite resources for wedding invitations, Basic Invite! With over 100 fonts, virtually unlimited color options, and multiple paper options, Basic Invite is a truly custom invitation company. Once you select one of their wedding invitation designs, you can change the color of each element using over 160 color options to build a suite that is perfect for your palette, down to the smallest detail. Even better? You receive an instant preview online and can order a printed sample of your exact invitation before placing your final order. We love that each of their invitations are part of a matching set that includes complementary designs for save the dates, programs, reception and RSVP cards, menus, and more! The variety of designs available means that there is a suite for every wedding style (we’re especially crushing on theÂ classic Calligraphic Slant and the pretty Illustrated Corner Wreath. So what are you waiting for? VisitÂ Basic InviteÂ to learn more! 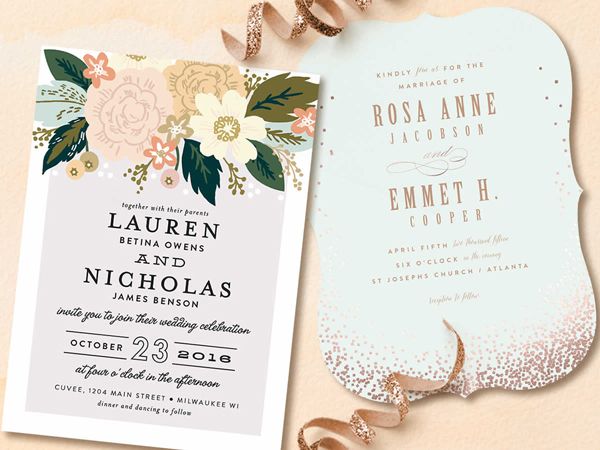 You may have heard us say this before, but we are pretty much madly in love with Minted. Haven’t heard of Minted? It’s an amazing community of independent artists creating unique wedding designs, from save the dates to invitations, decor, and more! Minted designs are printed on premium papers and have luxe, quality finishes including foil-pressed designs and die cut shapes. We love how stationery suites have coordinating place and escort cards, programs, and menus. I’ve personally used Minted and can tell you first-hand thatÂ their customer service and quality is amazing. They even offer free matching envelope designs and calligraphy-inspired guest addressing. I mean, how gorgeous are these? [Scroll down for a major GIVEAWAY from Minted!] 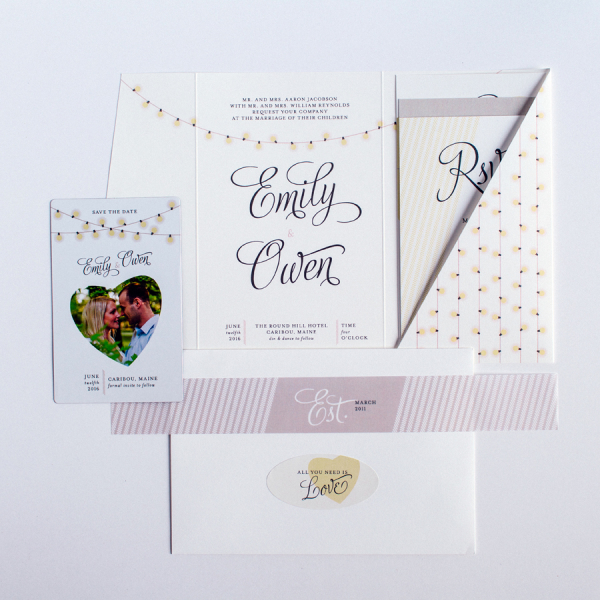 We’re sure you’ve heard about the fabulousness that is MagnetStreet Weddings, and today we’re thrilled to show off some of our favorite designs. When we received our box of goodies in the mail it was like Christmas. There were invitations, RSVP cards, magnet save the dates, programs, and envelopes galore, as well as a fabulous sample pack with information about all of their papers, fonts, and colors (including a swatch card in your own color palette). The Luminous Charm was one of our favorites, with its cheery yellow and gray, photo magnet save the date, and adorable “I Spy” reception card, inspiring your guests with a fun little photo scavenger hunt! We love how MagnetStreet makes it easy to customize your stationery set, that each set has so many coordinating extras, and that the same design is available in multiple styles.

Letterpress Invitations from The American Wedding

We are head over heels for the letterpress wedding invitation collection at The American Wedding! The American Wedding Marketplace offers aÂ full suite of wedding stationery, from save the date cards to wedding programsÂ and everything in between, and best of allÂ is theirÂ growing collection of affordable letterpress wedding invitationsâ€”you can purchase 100 letterpress invitations and response cards for less than $500! Their suites include several choicesÂ perfect for the EAD couple, and for some invitation inspiration, we’ve paired some of our favoriteÂ designsÂ with real weddings from the archive! 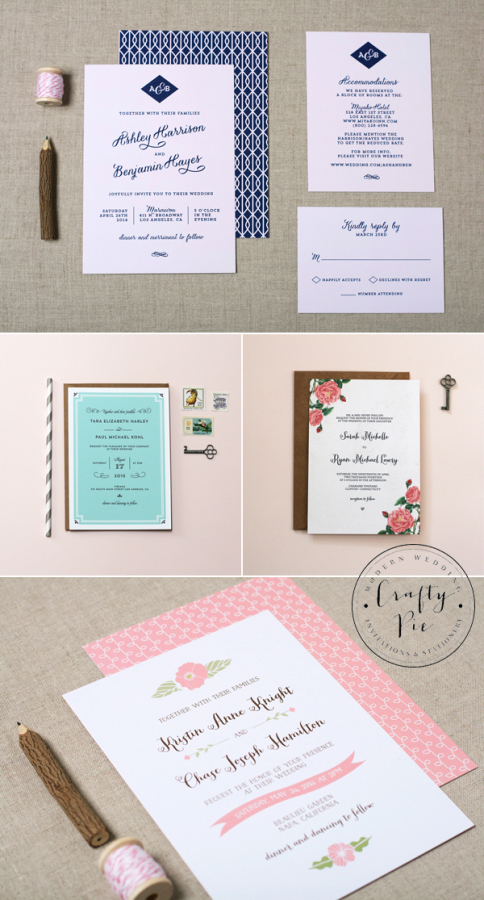 We just love the sweet simplicity and unique designs offered by Crafty Pie Press! From modern to vintage, Crafty Pie Press features a huge variety of incredibly gorgeous invitation suites (we are partial to the lovely Vintage Botanical and the Elegant Script), each completely customizable including cardstock, envelopes, colors and wording. And in addition to all of the customization options, Crafty Pie Press offers unlimited rounds of proof revisions, and free shipping within the US. 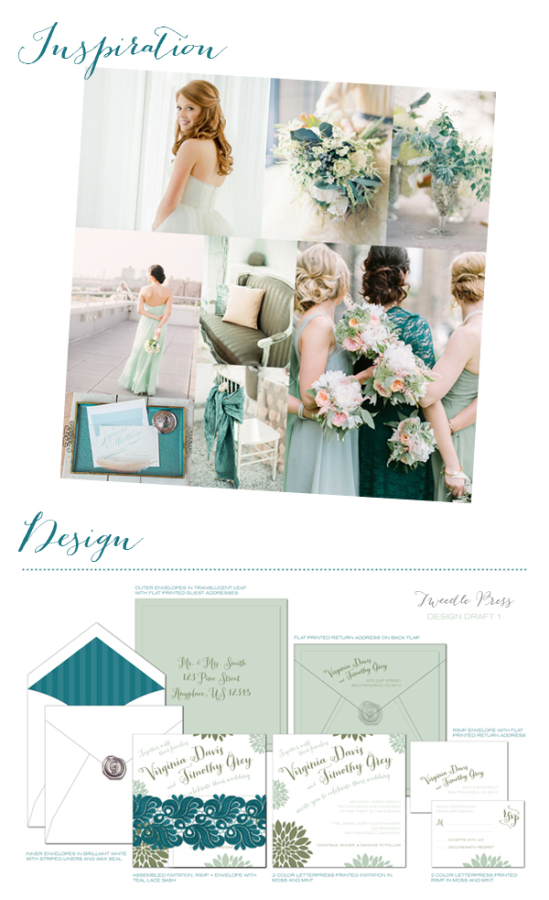 I hope you are as in love with yesterday’s teal and mint inspiration board as I am! I’m so excited to have one of our newest vendor guide members, Tweedle Press, here today to share an amazing custom designed wedding stationery suite based on the board! 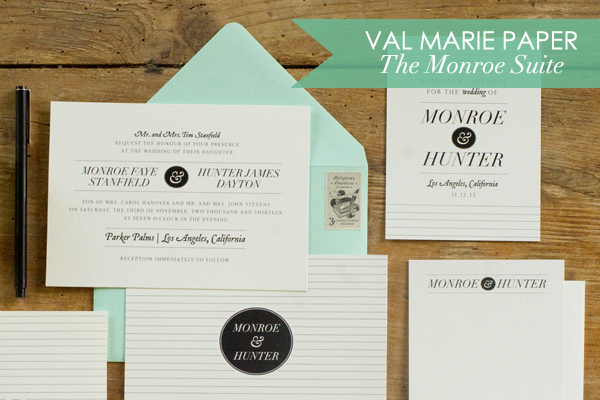 Nothing makes us giddier than pulling a pretty wedding invitation from the mailbox.Â  Whether the stationery is fancy and formal or spunky and sweet, we love getting a taste of a couple’s personality from their invites.Â  This is one of the reasons why weâ€™re head over heels for Val Marie Paper—Valerie Woernerâ€™s work is simply stunning!Â  We, along with many brides and grooms, love her variety of modern styles presented in 20 wedding suites, each consisting of coordinating invitation and reception pieces to ensure that your entire wedding has a beautiful, cohesive theme. 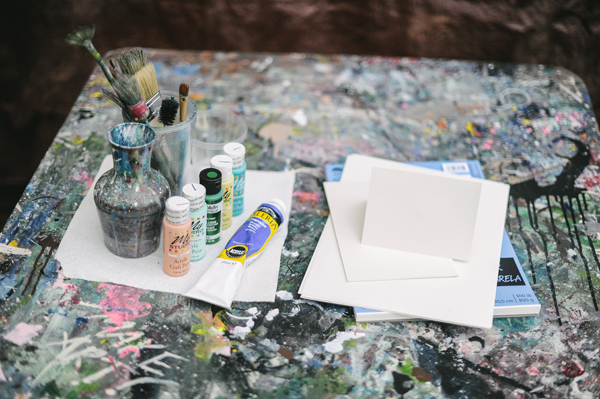 We love giving updated uses to simple techniques, and these splatter-painted notecards from Rebekah J. Murray fit the bill!

Wedding Paper Divas has our heart when it comes to oh-so-pretty stationery. Fresh designs on beautiful paper and a simple shopping experience is the perfect combination for busy brides, and weâ€™re so excited to share some of their 2013 collection with you today. 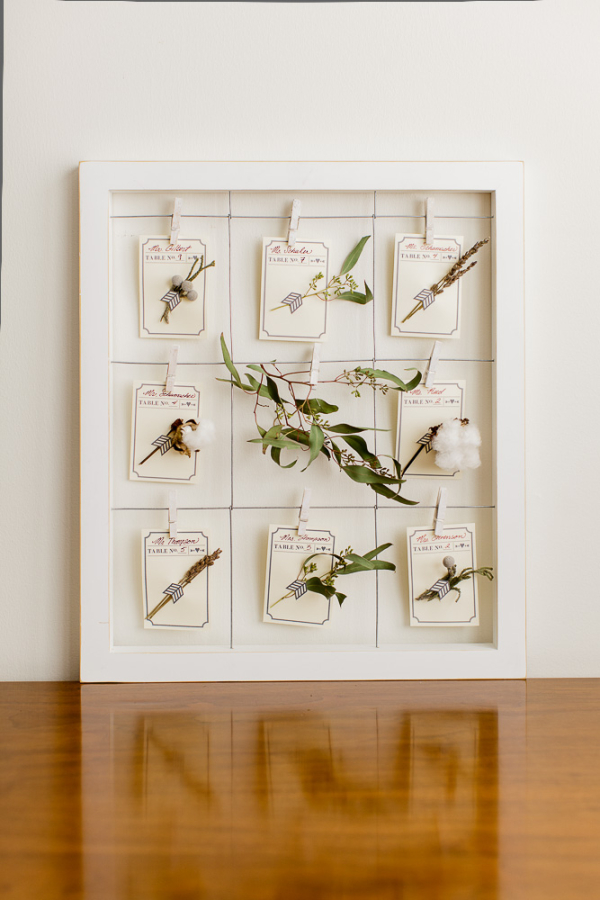 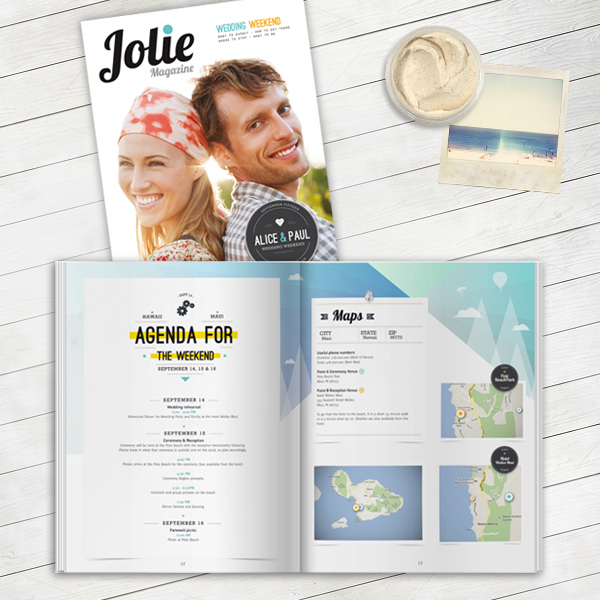 Yâ€™all, have you heard about Twenty Pages?Â  Can we tell you how much we love them?Â  Because weâ€™re pretty obsessed with their personalized wedding magazines, and we would love to take a moment and let you gaze on these gorgeous publications. 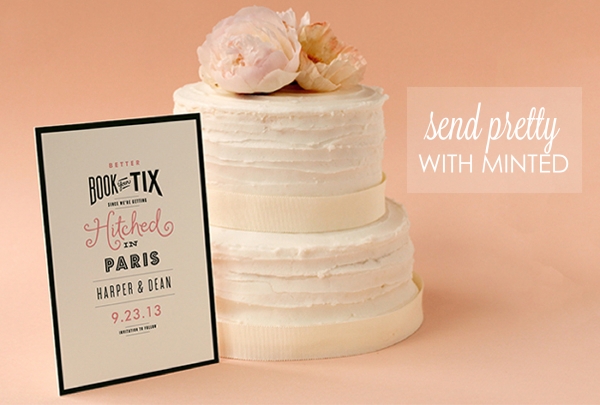 One of our very favorite aspects of a wedding is the lovely stationery that comes with it! Â Itâ€™s like a little printed preview of the main event, stirring up excitement for whatâ€™s sure to be an amazing wedding day.

There may be nothing we love more than classic hand lettering. Whether it’s that little moment of joy when we see a thick, luxurious hand-addressed envelope in our mailbox, or that lovely keepsake escort card from our best friend’s wedding, we simply swoon over calligraphy details both large and small! At the top of our list? Elegant white ink. Beautiful on paper from soft dove to bold black and every color in between, white calligraphy is our current crush! 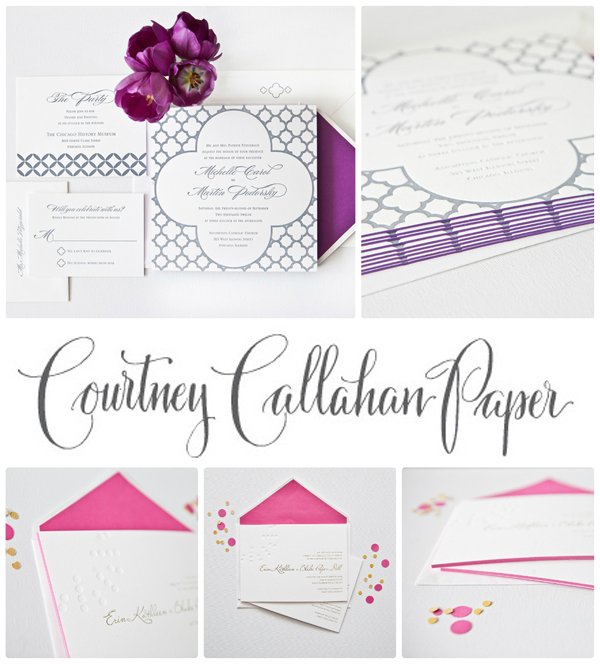 Itâ€™s no secret that at EAD, weâ€™re head over heels for pretty paper and design. A lovely letterpress invite can take our breath away, and a sweetly designed envelope lining will probably result in some major swooning. As serious stationery admirers, we completely melt over everything by Courtney Callahan Paper, one of our treasured vendor guide members, and are thrilled to show off some of her gorgeous recent work today on the blog! 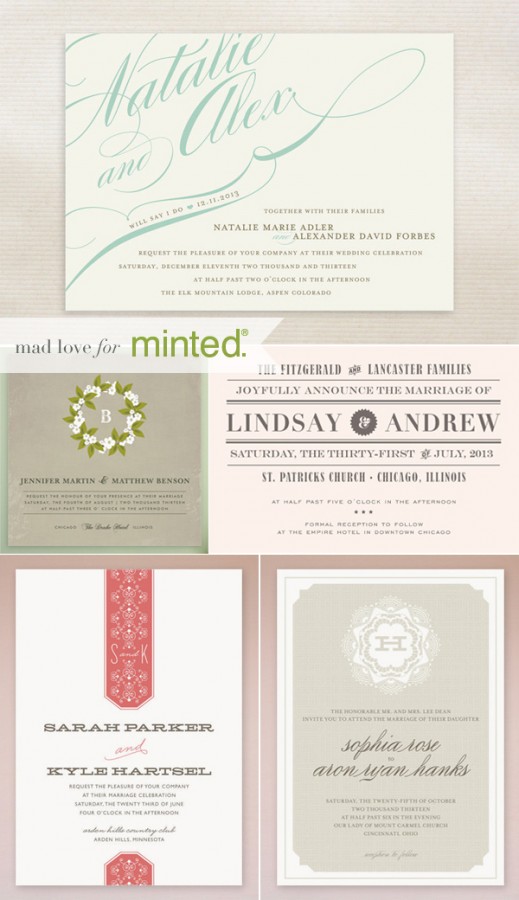 Here at Elizabeth Anne Designs, we heart Minted. Â With hundreds ofÂ unique, current, and stylish wedding stationery designs, all sourced from a global community of independent designers,Â Minted is a paper lover’s dream! Â Their extensive portfolio ensures that no matter what your wedding style may be, you are sure to find your perfect invitation design. And we are beyond thrilled that one lucky EAD reader will be the recipient of a $350 gift certificate to Minted!

UPDATE: Congratulations to our winner, Sara! 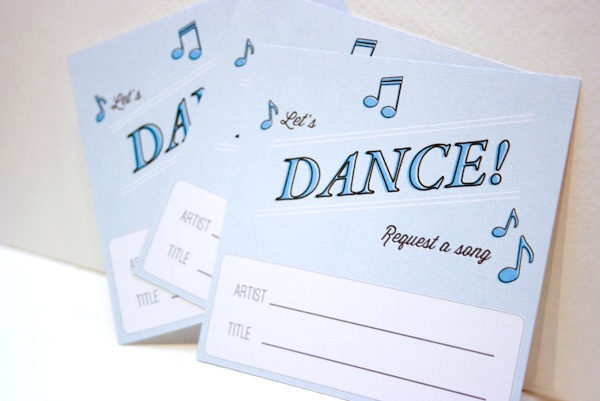